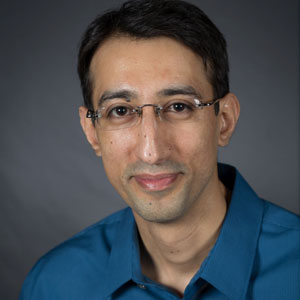 Mr. Adeel Bhutta is currently Senior Lecturer of Computer Science in the School of Informatics, Computing, and Engineering. Until July 2016, he was the Coordinator and Lecturer of Computer Technology (COMT) at Kent State University (KSU) - Stark (with additional appointments in CS and MIS). During those 4 years, he developed the COMT program from grouds-up and led one of the fastest growing programs on campus.

Before joining KSU, Mr. Bhutta taught at University of Central Florida (UCF) and Valencia College for 5 years. his teaching expertise include a wide range of subjects within CS, ECE and IT. He has developed and taught many face2face, hybrid and fully online courses in different areas including Programming, App Development, Digital Systems, Computer Organization and Architecture, Networking, Security and Forensics.

Mr. Bhutta has worked in industry for 3 years on optimization of Video Compression algorithms (H263) for TriMedia processors and has developed application software for Voice over IP (VoIP) systems.

Mr. Bhutta has also been very active in University/Campus activities and Community Services and has been recognized for outstanding academic achievements, service and leadership by several scholarships and awards. Most recently he was awarded IU's prestigious Trustees Teaching Award (2018-19).