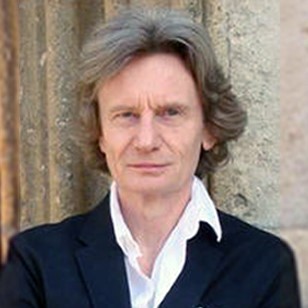 Professor Cronin is the author/editor of more than 300 research articles, monographs, technical reports, conference papers, and other publications. Much of his research focused on collaboration in science, scholarly communication, citation analysis, the academic reward system and cybermetrics - the intersection of information science and social studies of science. His books include The Citation Process (1984), Post-professionalism (with Elisabeth Davenport, 1988), Elements of Information Management (with Elisabeth Davenport; Scarecrow, 1991), The Scholar’s Courtesy (Taylor Graham, 1995), The Web of Knowledge (Edited with Helen Barsky Atkins, 2000), The Hand of Science (Scarecrow, 2005), Beyond Bibliometrucs (edited with Cassidy Sugimoto, 2014), Scholarly Metrics Under the Microscope (Edited with Cassidy Sugimoto, 2015) and Cathedrals of Learning: Great and Ancient Universities of Western Europe (2016). He also published extensively on topics such as information warfare, information and knowledge management, competitive analysis, and strategic intelligence. Professor Cronin was Editor-in-Chief of the Journal of the American Society for Information Science & Technology for seven years and Editor of the Annual Review of Information Science and Technology for ten years.

Professor Cronin taught, conducted research or consulted in more than 30 countries: clients have included the World Bank, NATO, Asian Development Bank, UNESCO, U.S. Department of Justice, Brazilian Ministry of Science & Technology, European Commission, British Council, Her Majesty's Treasury, Hewlett-Packard Ltd., Commonwealth Agricultural Bureaux, Chemical Abstracts Service, and Association for Information Management. He was a keynote or invited speaker at scores of conferences, nationally and internationally. Professor Cronin was a founding director of Crossaig, an electronic publishing start-up in Scotland, which was acquired in 1992 by ISI (Institute for Scientific Information) in Philadelphia. In 1997, he was awarded the degree Doctor of Letters (D.Litt., honoris causa) by Queen Margaret University College, Edinburgh for his scholarly contributions to information science. In 2006 he received the Award of Merit from the American Society for Informations Science and Technology, the Society's highest honor. In 2013 he was presented with the Derek de Solla Price Award and Medal in Vienna for his contributions to the field of quantitative studies of science.