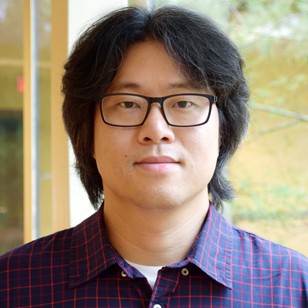 Minje Kim is an associate professor in the Dept. of Intelligent Systems Engineering at Indiana University, where he leads his research group, Signals and AI Group in Engineering (SAIGE), and is affiliated with Data Science, Cognitive Science, Statistics, Center for Machine Learning, and Crisis Technologies Innovation Lab. He is also an Amazon Visiting Academic, working for Amazon Lab126. He earned his Ph.D. in the Dept. of Computer Science at the University of Illinois at Urbana-Champaign. Before joining UIUC, He worked as a researcher at ETRI, a national lab in Korea, from 2006 to 2011. Before then, he received his Master's and Bachelor’s degrees in the Department of Computer Science and Engineering at POSTECH (Summa Cum Laude) and in the Division of Information and Computer Engineering at Ajou University (with honor) in 2006 and 2004, respectively. During his career as a researcher, he has focused on developing machine learning models for audio signal processing applications. He is a recipient of various awards including NSF CAREER Award (2021), IU Trustees Teaching Award (2021), IEEE SPS Best Paper Award (2020), Google and Starkey's grants for outstanding student papers in ICASSP 2013 and 2014, respectively, and Richard T. Cheng Endowed Fellowship from UIUC in 2011. He is an IEEE Senior Member and also a member of the IEEE Audio and Acoustic Signal Processing Technical Committee (2018-2023). He is serving as an Associate Editor for EURASIP Journal of Audio, Speech, and Music Processing, and as a Consulting Associate Editor for IEEE Open Journal of Signal Processing. He is also a reviewer, program committee member, or area chair for major machine learning and signal processing venues, such as NeurIPS, ICML, AAAI, IJCAI, ICLR, ICASSP, ISMIR, IEEE T-ASLP, etc. He is on more than 50 patents as an inventor.